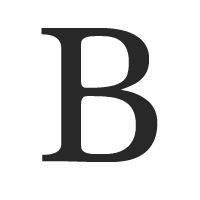 About:
I am a freelance photographer and a National Geographic Explorer based in Mumbai and Saint Louis, Mo whose work explores the themes of cultural assimilation, the human condition, and the environment through documentary photography. My photography has been published with various media outlets including, The New York Times, The Guardian, Le Monde, NPR, Bloomberg News, ESPN, ProPublica, The Washington Post, Forbes, and other publications.

I received the Smith/Patterson Science Reporting Fellowship supported by the Pulitzer Center in 2017. The National Press Photographers Foundation (NPPF) and The Society of Professional Journalists (SPJ) have recognized my work. I have received Hostile Environment and First Aid Training (HEFAT) with support from the Pulitzer Center on Crisis Reporting.

I am a Missouri Photo Workshop, Eddie Adams Workshop, and The Kalish Workshop Alumna. I have worked as a staff photojournalist for the Columbia Missourian and as a coordinator at the Pictures of the Year International and College Photographer of the Year. My personal history and cultural identity have always influenced both the issues that draw me as a visual journalist and the work itself.

In 2001, I moved from India to the United States with a geology degree and the rest of my belongings in a single suitcase. My migration was motivated by a desire for economic, personal, and intellectual freedom—a pipe dream for most women in my country. During an eight-year consulting stint as an environmental scientist with a Fortune 200 company in the United States, I observed that economic growth motives rather than concerns about conservation and human health issues often inform environmental policy. This realization, combined with my passion for conservation, ultimately prompted a career switch to visual journalism.

The desire to learn the craft of visual storytelling to communicate environmental issues brought me to the Missouri School of Journalism. While attending graduate school, I received four academic scholarships and three reporting grants. I received the O.O McIntyre Fellowship, the highest postgraduate honor awarded by the Missouri School of Journalism.
I am a member of Women Photograph, Native Photograph, Diversify Photo, and Authority Collective. My professional affiliations include the National Press Photographers Association and The Overseas Press Club. In addition to English, I am fluent in Hindi, Marathi, and Gujarati. I am available for assignments worldwide.


Personal Work:
My most recent endeavors include writing about photography and educational outreach effort on climate change through the Pulitzer Center's Educational Program.

Neeta Satam is a Saint Louis and Mumbai, India based photographer specializing in editorial, documentary and commercial photography.